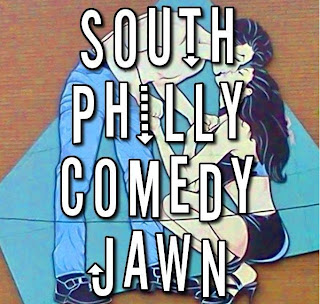 From the “Who knew?” file, Adobe Cafe hosts comedy shows on the first and third Wednesdays of every month, emceed by local stand-up guy Bradley Beck.

Tomorrow night is the first South Philly Comedy Jawn, which will happen every third Wednesday. It’s an open-mic show that will draw comedians, sketch troupes, musicians, storytellers, etc. Beck says he expects about 20 acts over three hours. It’s free and starts at 9. The first Wednesday of each month is more of a curated comedy showcase called Accidents Will Happen.

Adobe already hosts the best karaoke party in the city in the back room on Saturday nights, which is fueled in part by $2 Cuervo shots. They also tried an upstairs dance party a while back that never seemed to get off the ground. So maybe this comedy show means they can start finding a way to take advantage of all that unused space and get some more people through the doors. Of course, improving the food and service might help toward that end.

The comedy shows have been happening since the spring, and Beck says they’ve averaged about 40 to 50 people. Has anyone been yet? What did you think? 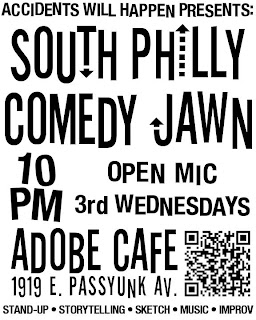