We didn’t even realize this was legal, but sure enough, a woman has applied for a limited distillery retail license to sell her specialty limoncello out of a Passyunk storefront.

Joan Verratti, whom Meal Ticket said in 2010 was the first licensed female distiller in the country since Prohibition, has been brewing 18 flavors of her Pollyodd Limoncello in Point Breeze and wants to open a shop at 1908 E. Passyunk. Four of the flavors, lemon, lime, orange and chocolate, were to have made their way into state stores this summer.

She goes before the EPX zoning committee tonight. Hours can’t exceed 11 p.m., but EPX says she wants to close earlier than that. The application says there will be no consumption on site besides a sample of 1.5 ounces per person. So you can’t get drunk there, just maybe have a night cap after dinner across the street at Le Virtu, if she’s wise enough to stay open during dinner hours.

In our eyes Verratti is picking the right kind of storefront. As you can see from the Google street view screen grab below, the building is in terrible shape. So anything she and partner Tom Cavaliere do will be an improvement. And all the spaces on that side of the 1900 block of Passyunk have weird, angular interiors, making rental difficult.

In other zoning news, the agenda is jam packed, including an update on what’s taking so long with the Cantina mural, revisions to the King of Jeans plans, and Fountain Porter’s request to stay open until 2 a.m., plus a lot of smaller items. 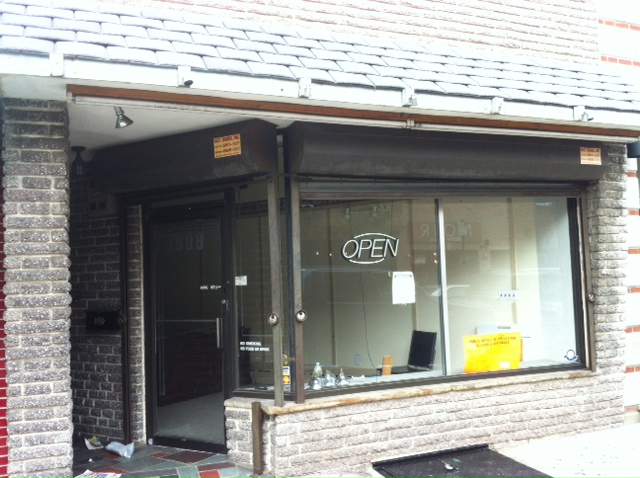 5 thoughts on “Limoncello shop opening on the Avenue?”