Dan Bogen, a professor in engineering a U Penn, specializes is engineering design and medical devices, especially “assisting technologies” for disabled people.

He’ll be going part time a Penn at the end of the academic year, but before that he plans to open an office and design studio at 1831 E. Passyunk Ave. The previous tenant, Bargain Bazaar, moved next door earlier this year.

He said there won’t be much of a walk-in retail presence, but he plans to set up the space with a gallery-like feel to it. “Most of the products are customized,” he said. “That’s how the whole industry works, so it would be pretty hard to do a retail operation with a great deal of variety.”

Further down the line, he’d also like to set up a nonprofit “social entrepreneurship venture.” That essentially means he’ll help other assisting-technology designers bring their products to market.

Bogen, who’s been working in the field for years, says he’s mostly interested in helping severely disabled people use products that are designed for fully able people by adding “ability switches.” The switches can be tiny or up to six inches long and activated by tilting your head or blinking your eyes, for instance. Right now he’s working on a digital camera that can be used by a person with limited ability of his hands and modified drums and guitars for children.

He and his wife bought the building in July for $392,000 and they plan to live upstairs. They’re new to hood, adding to the increasing number of professionals who are opting for storefront retail on Passyunk.

“We were looking for a mixed commerical-residential property, which is hard to find in Philadelphia,” he said. “We looked around and discovered the area, which we really didn’t know at all, and we said, ‘Oh, this is it.’ It really does have everything.” 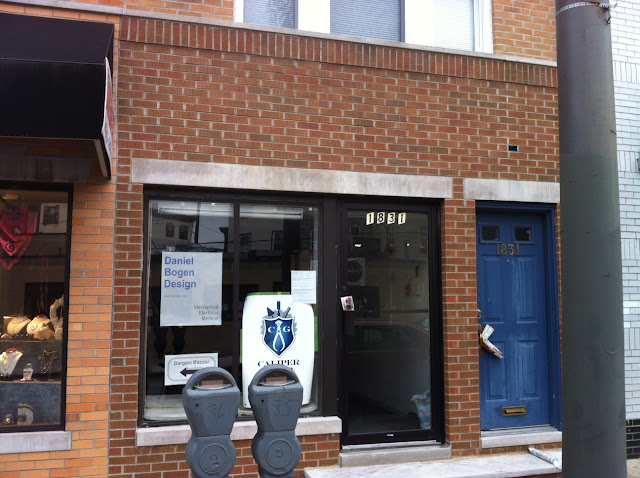