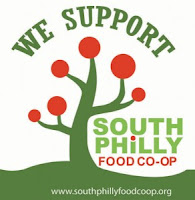 The Co-op has released a projected timeline that shoots for opening in mid to late 2014, assuming they can meet their projected membership numbers.

According to their nifty graphic, which we borrowed (stole below, sorry), they are in step 2A out of 3 steps. That means they’re developing their business plan, forming committees on real estate, member loan and finance, and exploring potential sites.

They also give an important reminder: “Note: the most important variable here on the left side – number of members. The faster we get more members, the more quickly we will get to opening!” 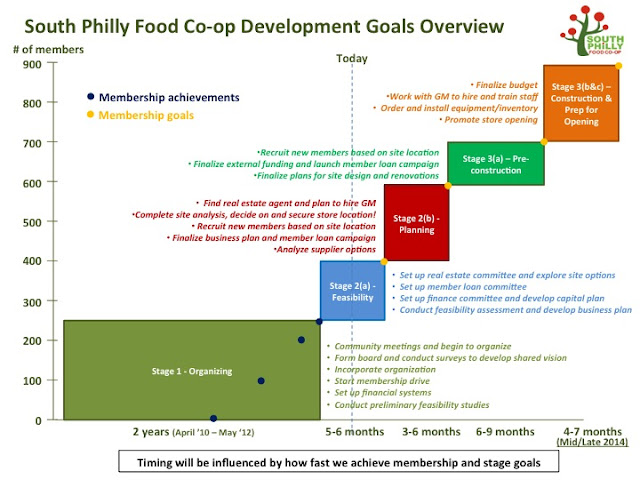 In September we wrote about the Co-op hitting the 300-member mark, and at the time we said they needed 400 members to secure financing. Should be getting close.

It’s $200 for a lifetime membership, and when you join early, you get a say on location and other key issues. To join, go here.

Meanwhile, we also wrote about interest from the developer of the old Annunciation school at 12th and Wharton in having the Co-op locate in a commercial space he plans there. We checked in with him again, and he said he met with the Co-op president last week.

“There is interest on both sides to explore further whether or not there is a deal to be made,” the developer, Leo Addimando, said in an email.

Intriguing, hmm? Sounds like the Co-op has already made some moves toward exploring possible sites. That’s good news, indeed.