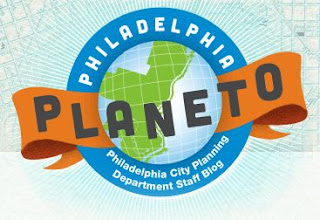 Nothing gets South Philly folk all riled up like a good parking battle, so that’s what drew us to this blog post on Philadelphiaplaneto.com. Though it’s the oddest website name ever, it’s the staff blog of the City Planning Commission. They’re weighing in on a City Council bill that would change the zoning code to increase parking requirements — even though the new code was only introduced in August, that it took years to write and that it’s supposed to clear the dozens of roadblocks to development in this red-tape congested city.

But what’s really good about it is the tone, thick with derision and loaded with sarcasm. The title? “Thank Goodness Thursdays: Sarcastic Zoning Code Edition.” Here’s a sample of what this city employee, so far unnamed, had to say about the yawn that is normally the zoning code:

Also, “we” (speaking as the developers we are not and could never be) want to build this kind of product, because we know there’s a demand for it, and that it’s less costly for us to do without parking in a lot of cases. But, hey, don’t listen to the people that build projects or the people who are paid to have professional opinions – informed by actual expertise and knowledge of data on these subjects, we might add – in these topics.

If you have a few minutes, read the whole thing. It actually gives us hope that there are people like us in city government.