Fresh off his acquisition of the Boot and Saddle up Broad Street, Four Corners Management has struck a deal to operate the Dolphin Tavern next to the Broad and Tasker subway stop, according to a source with direct knowledge of the deal.

The goal for opening, according to the source, is Dec. 1. Though that seems blatantly unrealistic, we challenge you to get it done anyway, Avram! Here are some pictures of the inside, which they plan to preserve for the most part. More details below the pics. 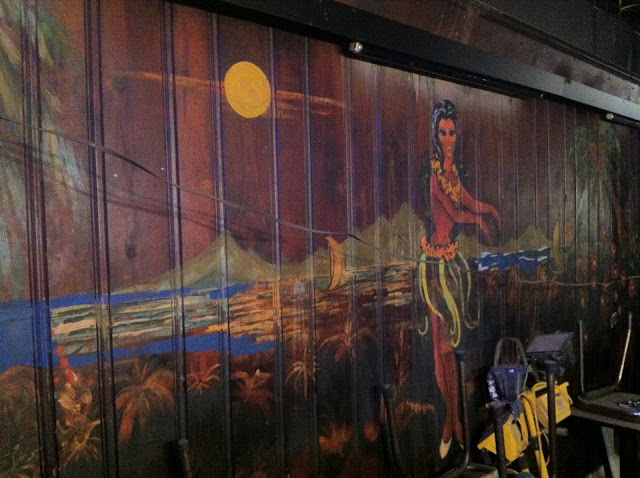 So, here’s what we got out of the source: They’re keeping the name and the sign. They’re keeping the pedestals behind the bar, and they’re installing a spiral staircase at the back, apparently to provide a dressing room upstairs for the dancers? We’ve left a message with Four Corners, so hopefully we’ll get some confirmation on that soon.

Since this is allegedly a Four Corners project (which is on a tear: Morgan’s Pier, Union Transfer, Ortlieb’s, B&S, all in the past year, plus two three Drinkers, Noche, Lucy’s Hat Shop, are we missing any?) we imagine the Dolphin will shift away from South Philly land of lost dreams and more into what the Trestle Inn has become — a former dive with good food, good music and some non-nude go-go dancers on the weekends. That would be quite an improvement over the past, in our eyes, though we know the Dolphin has plenty of fans out there.
Long one of the skeeviest/most interesting destinations in all of South  Philly, the Dolphin fell on hard times after the Naval ship yard closed in the ’90s. It retained a kitschy charm, though some would say the strippers weren’t of the highest quality (sorry girls). The last time we were there — with a gay friend, might we add — was about two years ago. We had bottles of Bud and shots of whiskey while a sunken-eyed dancer swayed on a pedestal to Def Leppard. Classy. It closed over the summer, so here’s to the revival of the Dolphin and South Broad!
Combined with the Boot and Saddle, this development means that half the neoned legacy of Broad is being revived. What’s next? A piano bar at Maglio Furs? Craft cocktails at Phillip’s Seafood? Here’s a good roundup of the signs and sites from Philly Bricks, from which we graciously stole the following two photos. 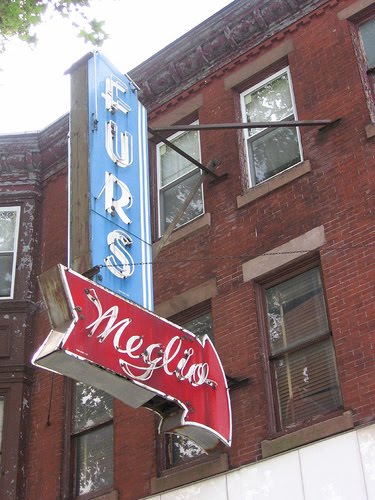 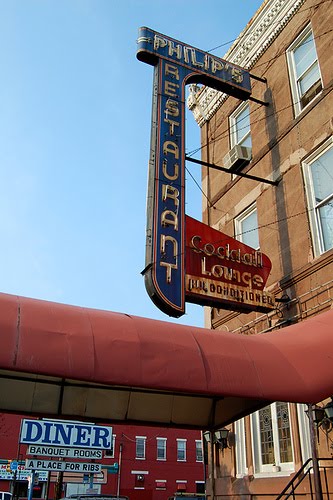 So what do you think? Who do we get to buy into the rest of the South Broad Neon Alliance? Answer on Twitter @PassyunkPost or on our Facebook page, https://www.facebook.com/PassyunkPost.

25 thoughts on “HUGE! Avram Hornik taking over Dolphin Tavern – with pics inside”