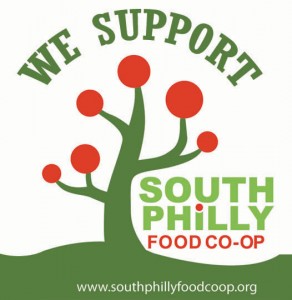 Now that’s a sweet idea for a fundraiser. Everyone’s favorite conceptual grocery store, the South Philly Food Co-op, is trying to raise money and sign up members with a home brew workshop on Saturday.

Sean and Andy Arsenault, twins who won the Home Sweet Homebrew’s Extreme Home Brew Challenge in June with a Salted Caramel Chocolate Stout, are inviting curious brewers to their house at 732 Clymer St. for some tips. According to the invite:

Sean, a beer connoisseur who has traveled the world sampling beers, and Andy, a brewer for Downingtown’s Victory Brewing Company and Co-op member on the Programs and Events committee, will teach attendees to make a Sugarplum Porter. … In addition to conducting the Sugarplum Porter workshop, the Arsenaults will provide samples of some of their previous concoctions. They encourage other attending home brewers to bring samples of their handiwork.

Sounds intoxicating. Tickets for the event, Dec. 1, from noon to 5 p.m., are $15 for members, $20 for nonmembers (buy tickets here). Entry fees go toward helping the co-op get off the ground. Earlier this month, they released a timeline that pegged a projected opening sometime in mid to late 2014, which they can’t do if you don’t join. Christmas is coming, hint, hint…

Meanwhile, we checked in with co-op board President Alison Fritz a while back, and she told us that they were up to more than 320 members, meaning they’re inching ever closer. “We’re starting to meet with a realtors and developers,” Fritz said. “As real estate opportunities come up in next six to nine months, we want to be at the front of their minds.”

Intoxicating, indeed. Learn more about Fritz here (it’s also where we got this lovely picture).