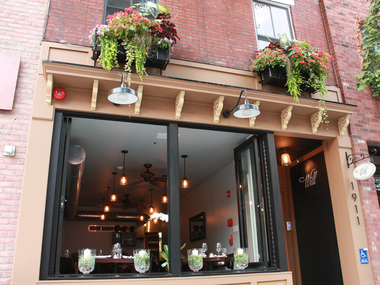 Philly food-scene star Chris Kearse’s Will BYOB has been named BYO of the Year by Philadelphia magazine.

The esteemed eatery at opened up in August to much fanfare, and has kept the hype at a conistently high level during its short lifespan. Trey Popp’s three-star review had nothing but praise for the restaurant’s varied menu, which he referred to as “ADHD cooking.”

But that’s praise, not criticism. Dish after dish here offered a busy variety that bordered on impatience, but never fell victim to it….Yet for the most part, Kearse cooks to please rather than to impress.
High points were given to Will’s fish dishes, which include some ingredients we’ve never heard of before, but sound pretty good (brandied uni mousse? blistered shishito peppers?) We’ll take the reviewer’s word for it and “pop” into Will for a bite, vino in tow.

In case you missed our pre-opening pictures, they’re here.