Max Glass, developer of the upcoming apartments in the King of Jeans building, has released an updated rendering for his project. 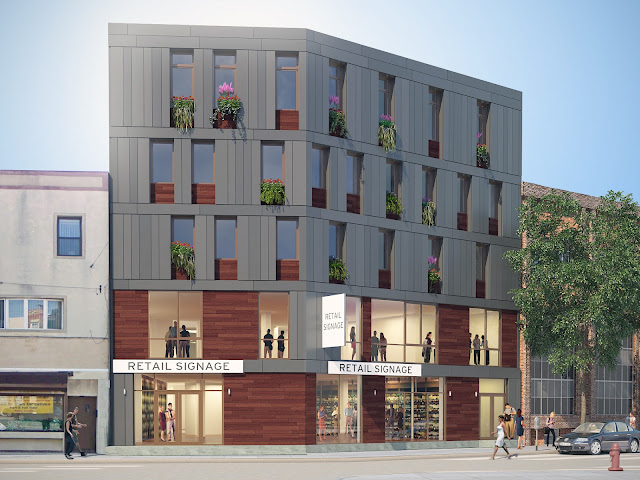 The building’s elements would remain the same: nine apartments, retail on the first floor, offices on the second, an elevator and a roof deck. But in the last proposal, Glass essentially would have built up a floor and punched holes in the existing facade to make windows. Now, Glass says he’s tearing the whole thing down to start from scratch. It’s an improvement over the last version… 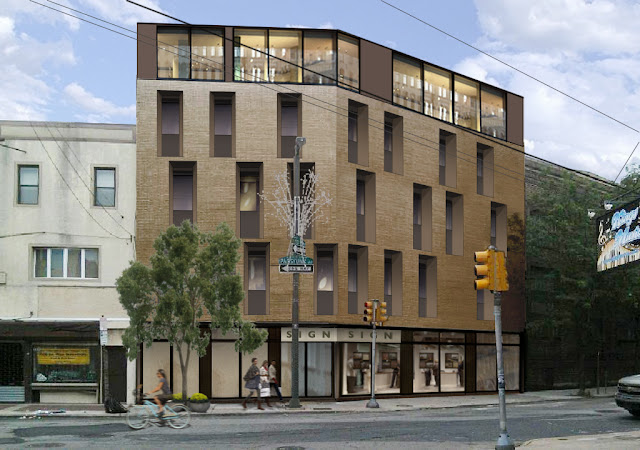 … which was already a huge step up from the current form: 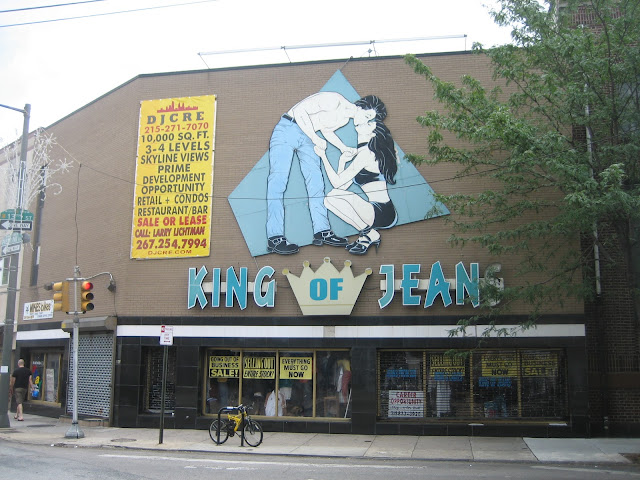 Glass says he hasn’t determined a start date for construction. His zoning hearing is tomorrow at 2 p.m. at 1515 Arch St., 18th Floor.

He also hasn’t figured out yet what to do with the sign. We passed along your ideas — which ranged from the pragmatic to the bizarre — and got this response:

“Great ideas, and funny,” Glass said. “I’ve gotta focus on the project — actually getting it done — then I can figure out how to save the sign.”

There’s still time. Meanwhile, the most popular response to our poll among readers who responded to our survey was that someone should open a bar, name it King of Jeans and use the sign inside and outside. So, anyone looking to open a big-ass bar around here?

It’s quite an optimistic vision, but we’ll take it. Hawk Krall has in recent years become locally famous-ish for his pop-art depictions of food, like the Pizza Brain mural in Fishtown. The above illustration was done for the Philly-based website

One thought on “King of Jeans plans, new and improved”