To step into Villa Di Roma in the Italian Marketis to travel back in time, with crowd-pleasing Italian home cooking like Nonna used to make and decor that isn’t so modern either. As the restaurant approaches it’s 50th birthday next year, the owners are looking to make some changes – but with no sense of urgency.

Epiphany “Pip” De Luca, the owner of Villa di Roma at 936 S. 9th St., told us about the plan to expand their facility. The process has been slow-going. The permit was approved in February, and there’s no set date or timeline for completion. The zoning application is for a one-story addition on the back of the building. 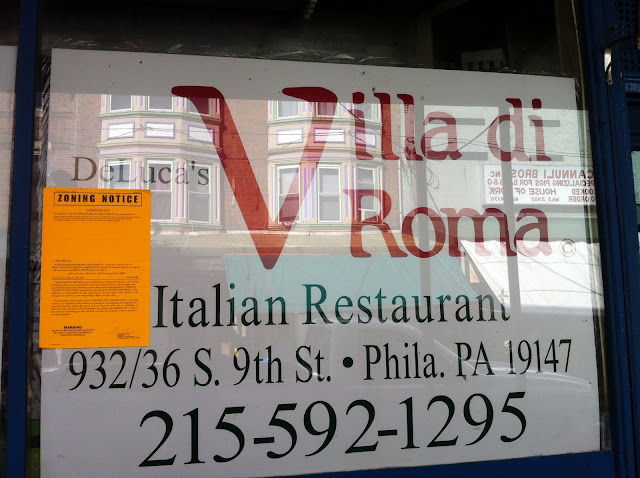 “We’re still tweaking the plans,” de Luca told us. “We hope to get started on the project this spring.” Most of the changes will be to the back of the house – more sinks, more tables, more space “to do [their] jobs better…These are the conveniences we’ve always wanted to have.”
When asked if customers will notice a difference in the dining room, de Luca said they would: the plans include space for extra seating, but no major renovations to the current dining rooms. At least, not in the current plan. Maybe that can be the restaurant’s gift to itself on it’s 100th birthday.

EDITOR’S NOTE: This post has been updated at the end Contrary to the hubbub around the closure of Carman’s Country Kitchen, there isn’t a pizza place coming into the corner after all. Already some action. Too bad it means nothing