Naked Philly reports that a nonprofit group called the Philadelphia Wax Museum would like to build one of those, possibly in South Philly on the land where Foxwoods casino would have been.

The museum bills itself as a charitable organization that aims to teach kids and adults about Philadelphia history by showing wax figurines. And wow, is the rendering of the proposed museum ambitious or what? 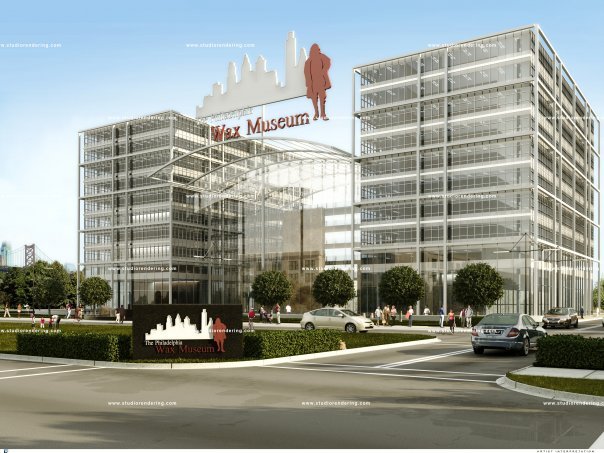 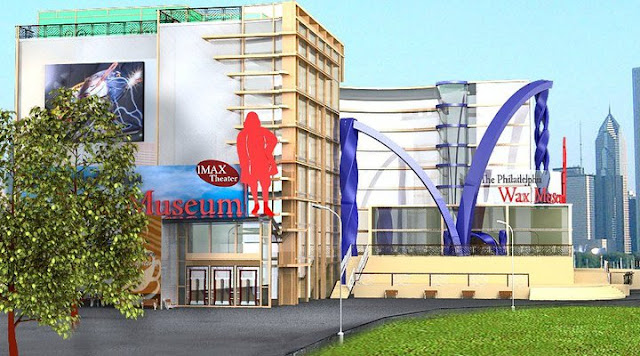 What’s not clear is whether the museum has any money, though it does have more than 50,000 likes on its Facebook page, which says the group was founded in 2008. Or if it has control of the land. Or if Delaware Ave. and Reed Street would even be a good spot for this. Or whether they have filed 990 forms with the IRS, a yearly requirement for 501(c)(3) nonprofits (we couldn’t find them). Or what other than wax figurines would go into what surely would be a building that would cost tens of millions of dollars.

Several commenters on Naked Philly also noted that they’d seen this rendering used for other buildings with a few small changes. Can you spot the Tokyo reference in the interior shot? 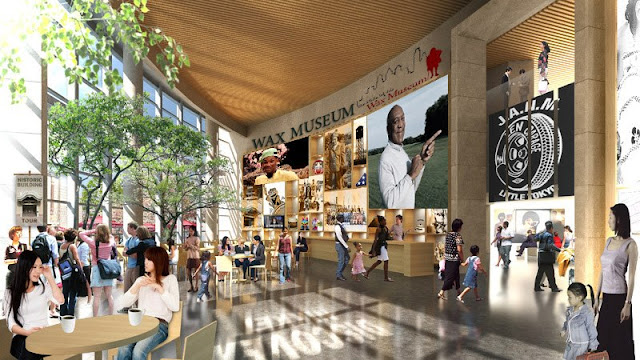 The rendering also includes the URL studiorendering.com, which doesn’t list the wax museum among its portfolio. So, yeah, we’ll see. Meanwhile, they produced a fairly slick commercial last year, so they have that going for them.

Though you may detect a tone of skepticism here (pause for dramatic effect), we’re willing to be convinced. We emailed them and will report back. Hey, Philly Wax Museum, tell us how you’re going to make this happen.

UPDATE: Robert Avery contacted us and we exchanged a series of emails: “Thank you for your post!! I can understand the doubt, but we are legit,” Avery said. He sent us several links to news articles about their efforts over the years and provided their approval for nonprofit status. Good luck, Robert.