A new three-house development at Montrose and Darien streets is nearly complete just steps off the Italian Market in Bella Vista. 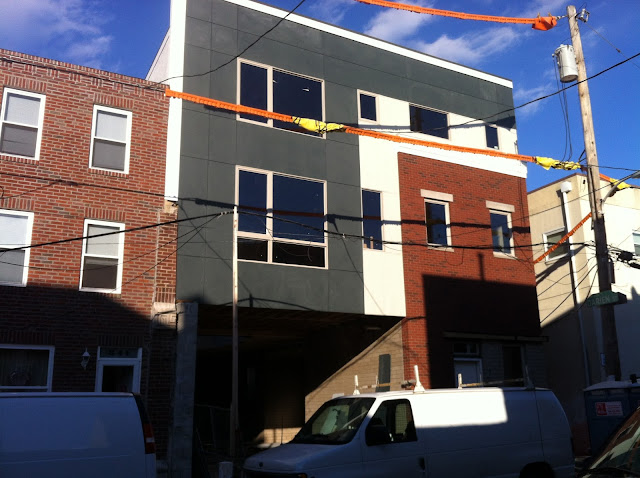 The permits filed with the city say each house will have decks above and parking below, so expect these places to be in demand. Just not from historic preservationists, who griped that the development should have incorporated the building’s facade into any new development.

The pool certainly has an interesting history. Built around 1905, according to PhilaPlace.org, the pool was one of 39 the city constructed in neighborhoods packed with immigrants such as South Philly and Kensington. It originally was a two-story facade with a closed roof to keep out the dirt that puffed off the streets, but the city soon learned that covering a pool used by lots of hot, dirty people led to bacteria and mold, and they tore the roof off in 1920. It was still operating until 2004.

Well, if you couldn’t keep the facade, at least these places don’t look half bad. We’d live there. And the new facade nods at the neighborhood’s rowhouse feel while using at least some more modern materials.

It’s certainly better than the generic new construction down the street.

And it’s across the street from the Cannuli’s loading dock, so not only are you premium-pork adjacent, you get the action of a loading dock too!